Umber Creative has recently completed an innovative project for local charity, Fitmums and Friends, which has completely overhauled the way the fitness group operates. The introduction of a new website, eCommerce store, ‘Mumbot’ app and data management systems has resulted in an increase in subscriptions and also facilitated the charity’s expansion into Lincolnshire towns.

The phased project came to fruition in February 2019 with the launch of the Fitmums and Friends mobile app. The charity now handles all of its admin and organisation online, with much of the process automated, saving valuable man hours and freeing up more time to focus on expansion.

Creative Director for Umber Creative, Kevin Wilkie, explains: “When we first started working with Sam and Vickie from Fitmums and Friends, all they wanted us to build was a spreadsheet to organise their runners and payments. After getting to know them better, we soon realised they needed much more than this, and that we could dramatically change the way the charity operated.

“They were spending hours each week populating spreadsheets manually, chasing up subscription renewals and payments - it was becoming an overwhelming task just to keep up with admin. So, working closely with them and their team (we even joined one of their runs to fully understand every aspect of the charity!), we planned a phased roll out of bespoke tech solutions that wouldn’t just help free up their time, but would be of benefit to their runners, too.”

At every stage of the project, we focused on automation, the efficient handling of data and removing any time-consuming manual processes. 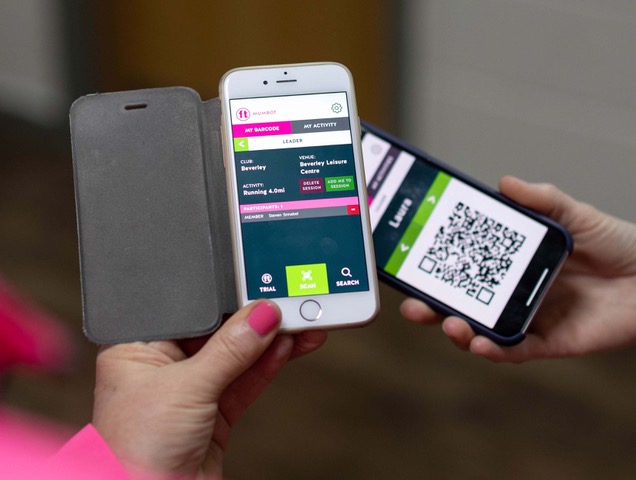 Umber Creative took the time to really understand our needs and those of our volunteers and runners.

The first phase of the project was the launch of a new website to handle all subscriptions, take payments and allow runners to purchase Fitmums and Friends kit online. The second phase was to build bespoke iOS and Android ‘Mumbot’ apps to help volunteers manage runs, as well as enabling runners to track their fitness activities.

Luke Foster, Umber Creative’s Web Director, comments: “At every stage of the project, we focused on automation, the efficient handling of data and removing any time-consuming manual processes. Fitmums and Friends can now roll out new groups without increasing their burden of paperwork, which is a massive leap forward for them. Their data is also now automatically collated in one place, which helps to provide evidence of their impact on local communities when applying for grants and funding.” 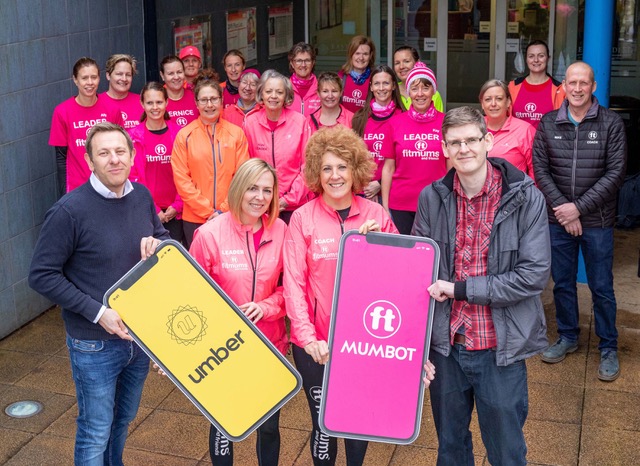 Fitmums and Friends was launched in 2009 by Sam Barlow BEM, who initially set up a running club to meet other parents, after her eldest child started school. Since then, the initiative has grown to become a registered charity with over 1,000 subscribers. The charity organises a variety of group sessions every week including walking, running, cycling, junior athletics and buggy bootcamps.

Sam comments: “The development of Mumbot by Umber Creative has been one of Fitmums and Friends’ most important milestones, as it’s playing a vital role in assessing the impact of the charity. Umber Creative took the time to really understand our needs and those of our volunteers and runners. The end result is a product that we’re enormously proud of.

“We’re extremely thankful to the team at Umber Creative for going beyond the pale to ensure we have the exact tool we need. It’s already making a huge difference to the day-to-day running of the charity and allowing us to support more people in their fitness journey.”

Vickie Hillier, Fitmums and Friends’ Deputy Chief Officer, also comments: “Our passionate volunteers make Fitmums and Friends so special, and Mumbot has impacted significantly on their role by reducing the hours they need to spend on admin tasks. From the start of the project, Umber Creative has been committed to finding the right solutions to streamline and simplify our systems. The end result is more than we could have hoped for, I have no idea how we managed before this!”

Kevin Wilkie concludes: “This project is a shining example of how tech can completely change the success and running of a charity, sports club or business. For a charity, it can seem daunting to invest money in tech, but the results for Fitmums and Friends speak volumes. They can now focus their work on the charity rather than administrative tasks and are already seeing tangible results for doing so.”

we’ll be
in touch soon!